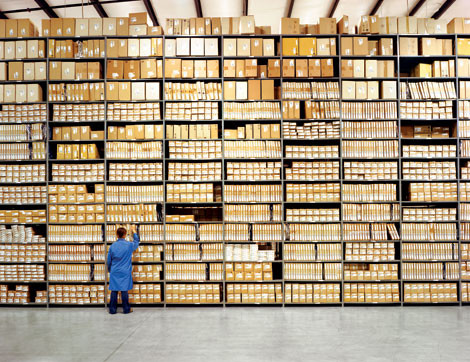 and a new credit/debit card machine… 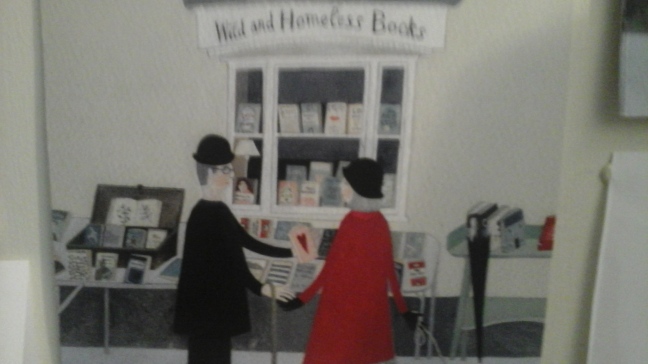 A while back, Mani Parkes produced a picture (see very poor photo above) in which Wild & Homeless Books played a large supporting role. We now have copies of the picture for sale, both as a greetings card (£2.50), and as an unframed print (£20.00). The print is also available from Mani’s store and you can also see more of her work here .

Hope you all had a good Bank Holiday

We’re doing our bit for Bridport & West Dorset Open Studios by displaying this fine example of Isla Chaney’s work. Isla can be found online here: isla chaney and at her studio, venue 27 in the Open Studio brochure.

Well, it’s taken me a month to get to a point where I can put something up on the site. Myself, Bob, John, Fred, Olly & Joe (sounds a bit like an all-male Enid Blyton cast to me) have worked with varying degrees of incompetence, lethargy and boredom to rearrange the deckchairs on the SS Wild & Homeless.

Temporary shelving has been put in place, new permanent shelving has been designed, commissioned, constructed, delivered and installed by Dan, our pet chippy, books have been bought and sold at a far greater rate than I had anticipated, and things have generally progressed well. There’s more to tell, but that’s enough to start with.

Where we are and when

Closed owing to lockdown. With any luck, we'll be reopening in early December, when the hours will be as below: