In all honesty you probably won’t have heard of Wild Swan. They publish books predominantly about railways (and often quite specialized aspects of railway history at that), and about railway modelling. A good summary of Wild Swan can be found here: Wild Swan . About a year ago, in an moment of serendipity applauded by all who appreciated both,  Wild Swan was taken over by the aforementioned Mr Castens, by now running his Titfield Thunderbolt from a compact and bijou location just off the London Road in Bath. 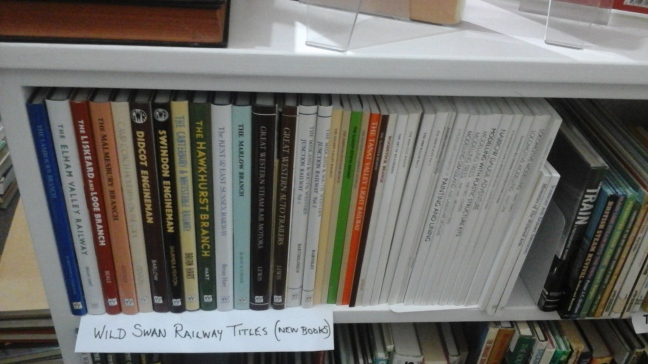 They are, admittedly, of a narrow appeal in terms of content, but they are, as the bible says, fearfully and wonderfully made.

I’ll have more to say about Wild Swan and their wonderful books in due course (and short order), but for the moment I hope these pictures say at least a thousand appreciative words… (sorry, more pictures to follow: I’m posting this from the executive lounge at The George )

Where we are and when